The Unconventional Voice of Millennial Music
People say “with tragedy comes inspiration” in life. The death of someone can become the eternal light another person uses to guide their path of destiny. Michelle Cadreau assumed the artist name “Blue Sky” from her grandmother who was the family matriarch on an Indian Reservation called Garden River located in Northern Ontario Canada. Michelle Cadreau feels empowered from the spirit of her grandmother, and it’s a permanent ray of light which illuminates her daily path. The definition of “Blue Sky” signifies a higher power will always ensure every outcome I encounter will breed a positive life lesson. Michelle Cadreau’s was born into a life of music and a strong family structure. Michelle traveled with her parents as they performed before thousands of people, and those moments laid the foundation for her music career.

Her parent’s music aired on local FM radio and encouraged Michelle to become a musical prodigy. The music of Michelle Cadreau, aka Blue Sky, is inspired by the greats of Hip-Hip music from Wu-Tang to Jay-Z. By the age of 14, Michelle began reciting legendary rap lyrics and composing rhymes of her future career. Michelle’s music caught the attention of National Apparel company Puma. Puma agreed to broadcast her music in clothing stores nationwide. The abstract and uplifting sound of Michelle’s music is universally embraced by millennials. The joint venture partnership with Puma engineered the inner hustle of Michelle to self-finance and create “Blue Sky” Music Group.

The early success of Metaphorical Knowledge inspired to additional music projects in 2019. Michelle released “Hip-Hop Clerk” and “FLAME.” Both tracks combine the undisputed rap flow and positive vibe swag of Michelle Cadreau aka Blue Sky. The real beauty of Michelle’s music is her ability to translate essential words into poetic lyrics of prosperity for music millennials worldwide. Even though Michelle’s music career has taken flight, the ray of light from her grandmother is her voice for “Blue Sky.” Michelle Cadreau is “The Unconventional Voice of Millennial Music.” The Matriarch of the family is proud of her “Blue Sky.” 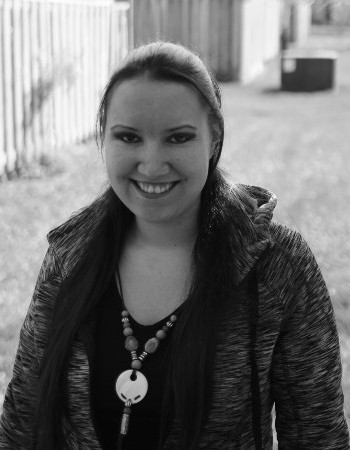 CATCH MICHELLE CADREAU ON 103.7 THE BEAT CHICAGO BETWEEN 9-11PM EVERY NIGHT!